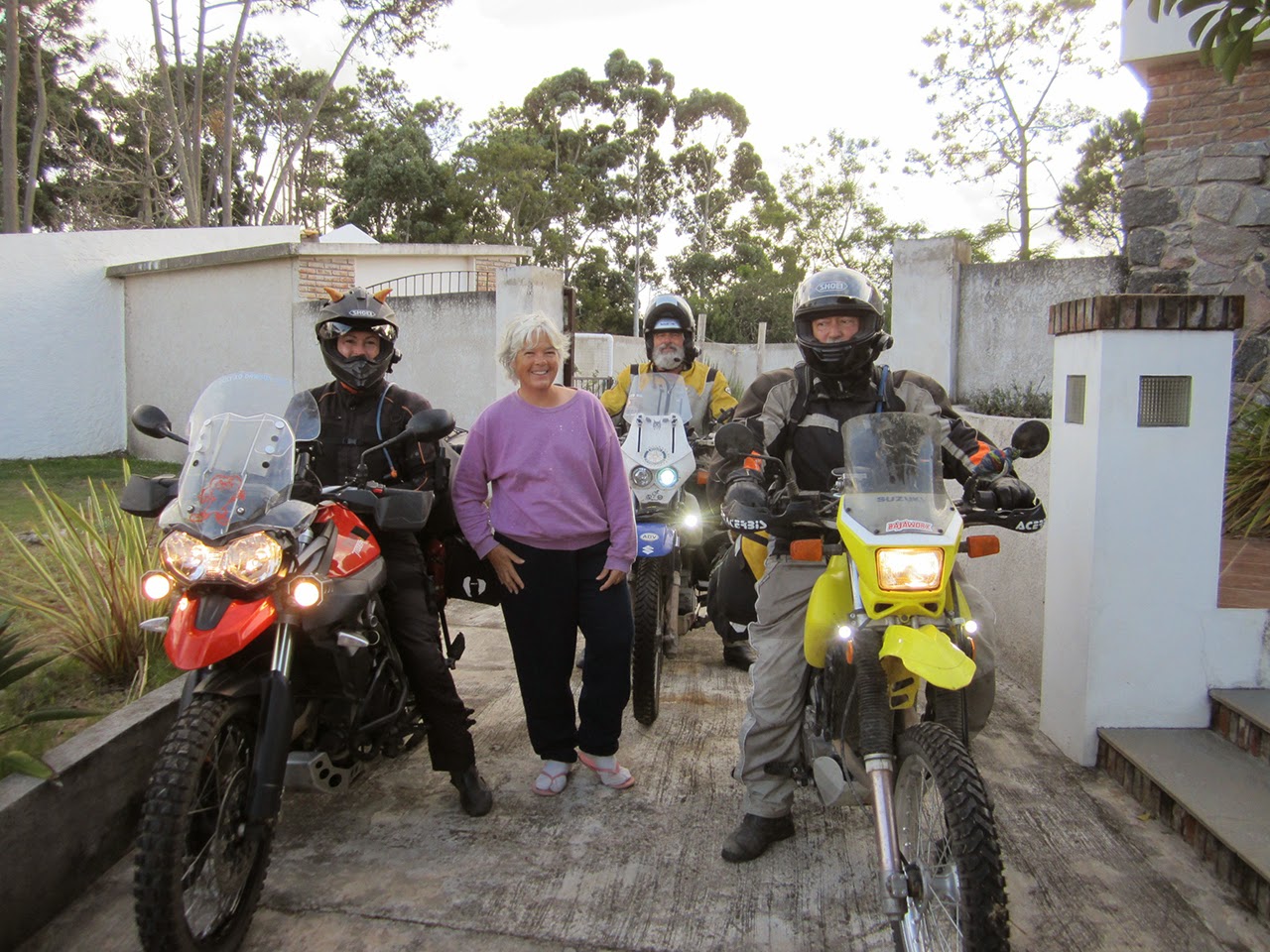 No, we did not take a motorcycle trip around South America, but we did have visitors who ended their 3,000 mile journey with a 3 day stay at "Casa Tranquilo". How we ended up hosting this gang, composed of 2 guys and a girl, is an interesting story.

over 40 years ago, I was roommates with Lance Wakely, a budding young guitarist, song writer and studio musician, formerly of The Cascades musical group- famous for "Rhythm of the Rain" (how is that for a run-on sentence?). When Lance looked like he did on the left, I looked like I did on the right. Anyway, after living in Hollywood for many years, Lance eventually winds up in Poland (don't ask me how). He currently records and releases albums as "Dr. Harmonica", and is a one man band who plies the "busker trade" throughout the summer months in Northern Europe.

Recently he took his lovely Polish wife on a tour of the USA, and he stopped in Sacramento, California (on the west coast) to visit a relative of his, Dan. While talking together, Dan mentioned that he and some friends were going to ship motorcycles down to Chile, and ride them over the mountains into Argentina and end up in Uruguay. So, the idea was born to end their trip with a visit to us.
To follow their adventure, you can visit Nancy's blog "Special Agent Nancy" and click on the Travel Blog.

They came in and spent several days with us. There was Dan (Lances relative), Doug (a bearded bear of a man) and Nancy (whose helmets had horns on them, if you can picture that). They had been on the road for about 5 weeks and after they left us, one was storing his bike for another trip later on in the year (Doug), while the other two were shipping theirs back to the US from Buenos Aires (Dan and Nancy).

It was very interesting for us, as this was quite the adventure and it opened up some stories that they shared about their time on the road. We had some food, I made pizzas and chicken wings, we drank a little wine and enjoyed ourselves. Later, when Dan left us, he penned a poem (you would not peg him for a poet), that we will treasure always. It describes his visit with us in our home.

In the far off land of Uruguay

Where the world and road come to an end

Is the lovely Casa Tranquillo, where I made two wonderful friends

Life there is gratefully simple

And time warps in strange way

It passes both slowly and quickly, on any same night and same day

The sand and the sky meet the water

The night sky sparkles with glee

It's not easy to get there, and it's even harder to leave

There are places on earth that can change you, and then you are never the same.

I don't know if I'll ever get back there, but I'm glad in my heart that I came.

Well, it was quite an interesting time and thanks to Lance for connecting us.
Posted by Wally at 10:19 AM

Great story, Wally. Thanks for sharing.