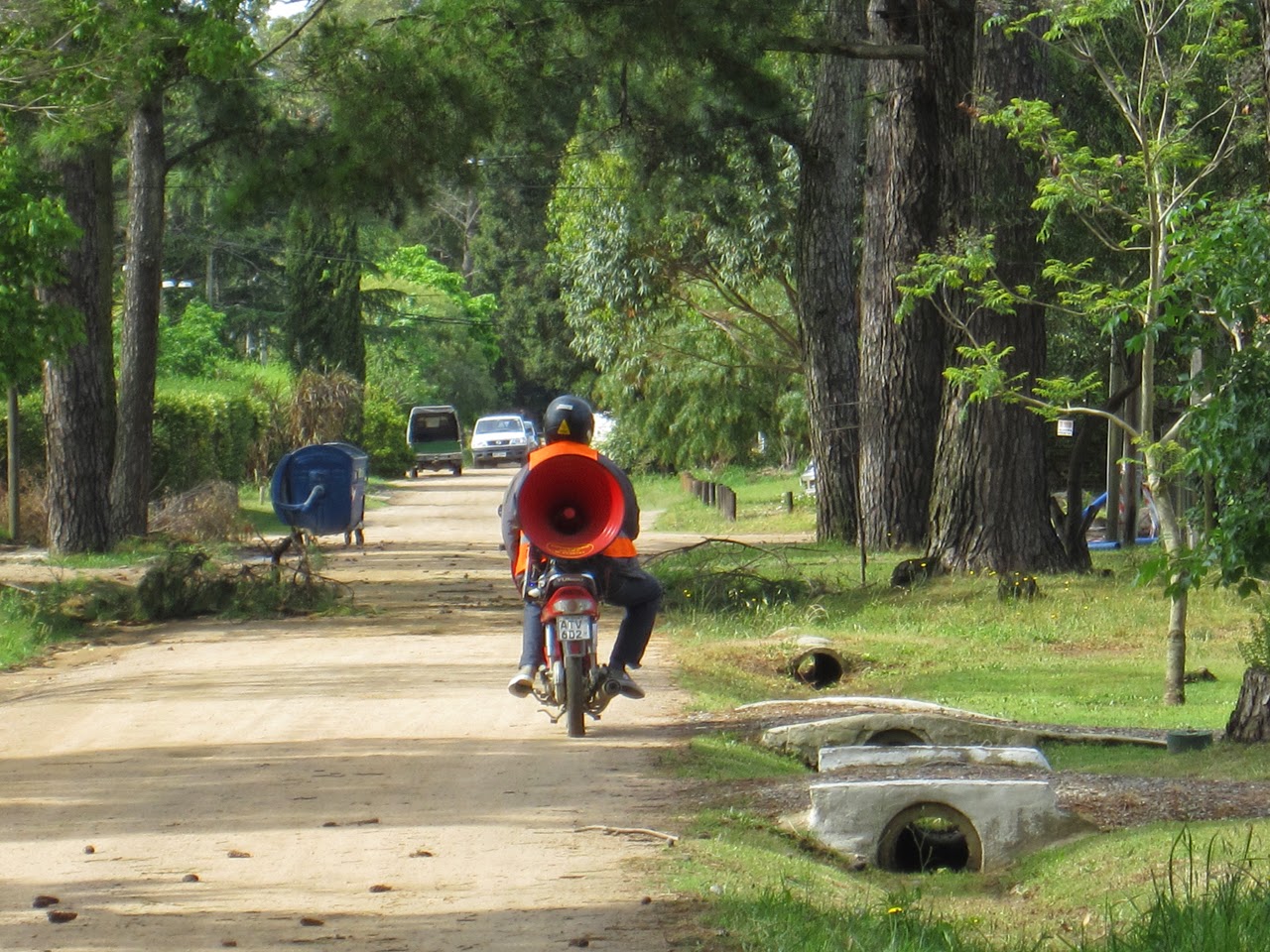 A cool thing about Uruguay is that it doesn't have junk mail! You won't see dozens of ads, flyers or catalogs mixed in with your mail. In fact, a visit from the postman/person is somewhat rare. If something is sent to me through the mail, it takes a special visit from the local Salinas post office They don't have everyday routes and visits here. A cool looking dude riding a motorcycle and maybe wearing a leather jacket but not any special uniform will drive up my driveway and try and deliver it or leave a notice that he tried. I have a rock for my mail. I never got around to buying the little plastic box that others have tied to their gates.

My bills are left on my utility box with some rocks acting as a paperweight sitting on them. The individual power companies send their own people around to deliver the power, water and phone bills due. Different people from each company will leave you their bill and each home will have it's due dates uniquely their own. I usually hope that it doesn't rain during my delivery days which are not exactly the same days. I only lost 1 bill due to the wind but I eventually found it in the bushes.

While a few flyers might be passed out at the weekly feria or printed in slick booklets left on the counters in hardware stores and other places hoping that you'll take one when you leave, most advertising here is not on a printed waste of paper, most is done through the radio, TV or sound cars.  Cars, bikes and motorcycles with huge speakers front and back drive through all the neighborhoods blasting out their stores' jingles and specials. One time a small plane flew overhead announcing something but since it flew by so quickly only part of the message was heard, some sale was taking place, but where and of what who knows? 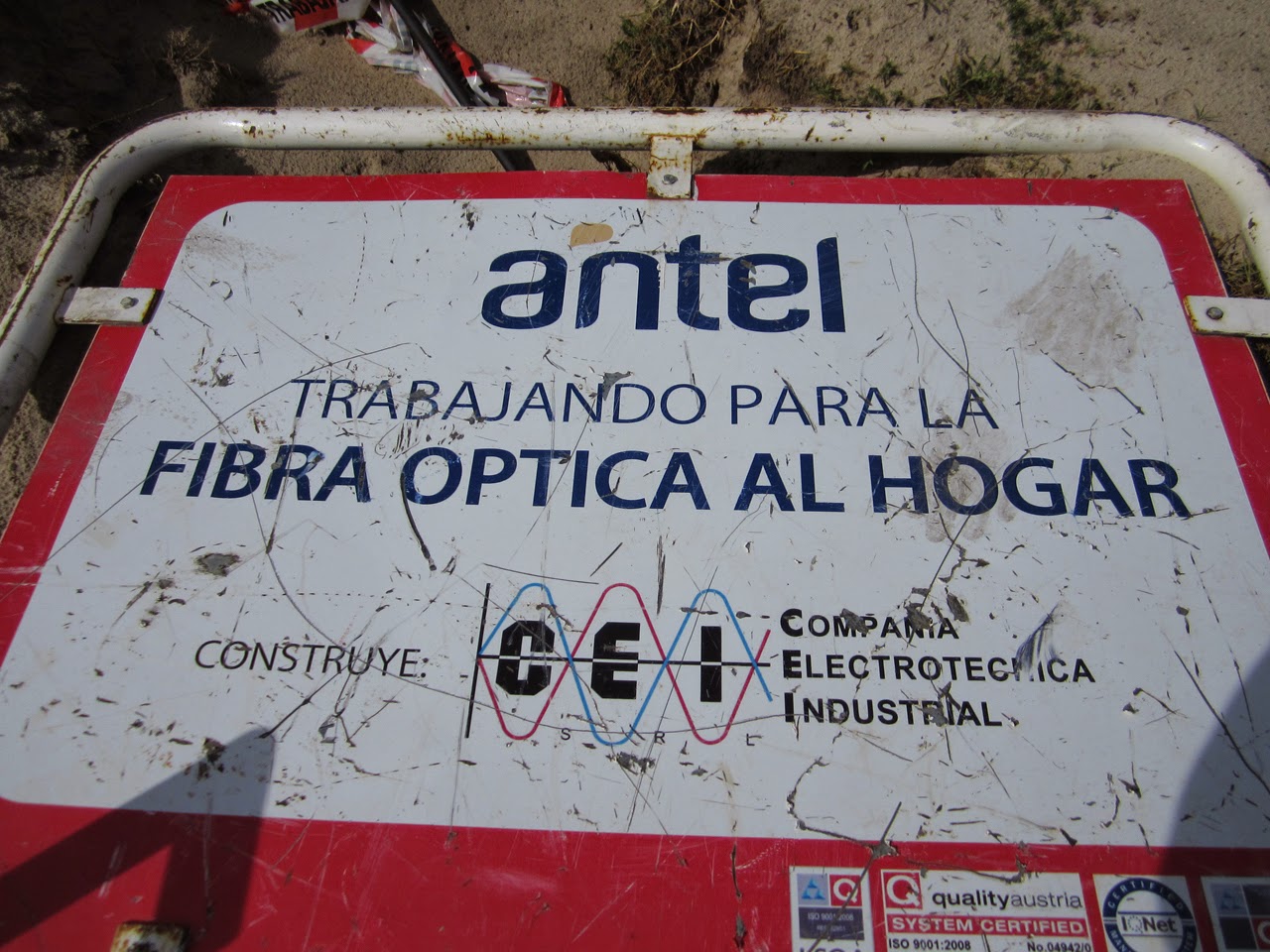 Receiving information however, in another form, is about to take a giant leap here in Uruguay, we are getting Fiber optic cables for home use (al hogar).

My little neighborhood is joining in with this information advancement as well, since fiber optic cables for our individual homes are being installed throughout the streets even as I type this.

Antel, the government owned communications network is laying down the cables and doing it surprisingly fast. Porta-potties are popping up in neighborhoods and little work tents. Trenches are being dug and the cables layed. They are zipping through streets right and left.

I took a tour of the Antel project, taking photos on my way home from my weekly feria or farmers market trip. I always walk to the market place, so that gives me an up-close view of what's happening in the neighborhood. I crossed paths several times with the local sound announcing motorcycle.

Coming up the main highway, so that I could stop in one more store before returning home, I took these final shots of a crew at work. Many of them gladly posed! 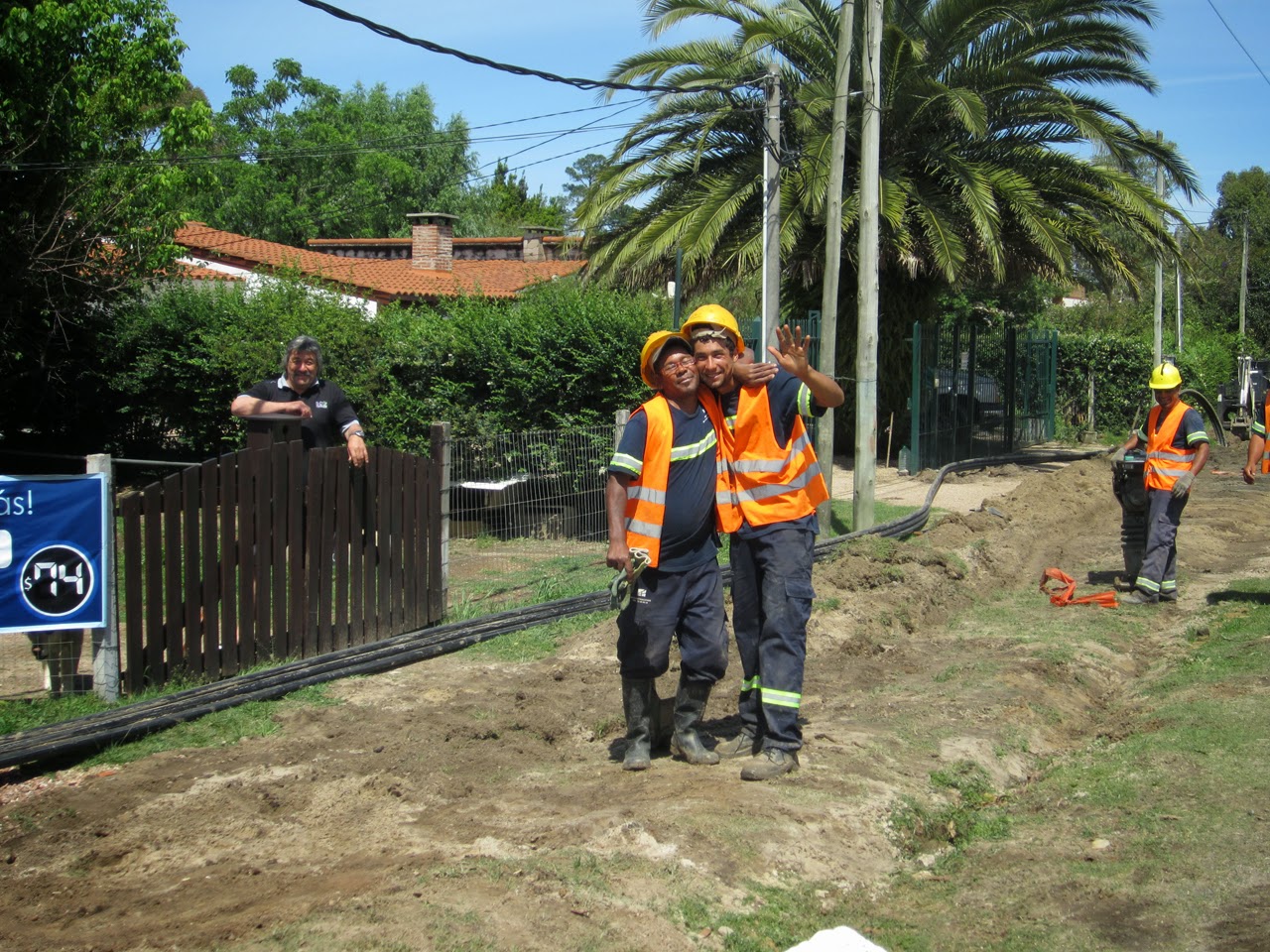 These pictures as I mentioned, were taken along the main highway. It runs west to east near the coast and passes by the many beach towns like Salinas where I go to the feria and then past my town of Marindia and up towards Atlántida etc... It is called the Interbalnearia, balnearia means spa/resort, that's what they consider these beach towns to be. The Interbalnearia goes from Montevideo, the capital city of Uruguay and runs up towards Punta del Este for instance. The main highway has a little secondary road that runs along either side of it. In the past these roads were only dirt roads but now many sections are paved with asphalt which really helps in the rain. Along this portion of road that I was walking home on, is a little soda pop, ice cream/cigarette, etc.. stand or more like a Kiosk which they are called here (spelled in Spanish, Kiosco) it stands in front of the owners home that was having cables laid down in front of it. The owners Mabel (pronounced with the b/v sound)  and Carlos gladly posed as well. So here are some pictures of their stand/store which is a very typical style of little convenience stands/Kiosk's you'll find in the many neighborhoods down here.

This project will take a few more months to complete but Antel wants it to be up and running or working for the homes in about 2 to 3 months, no more! 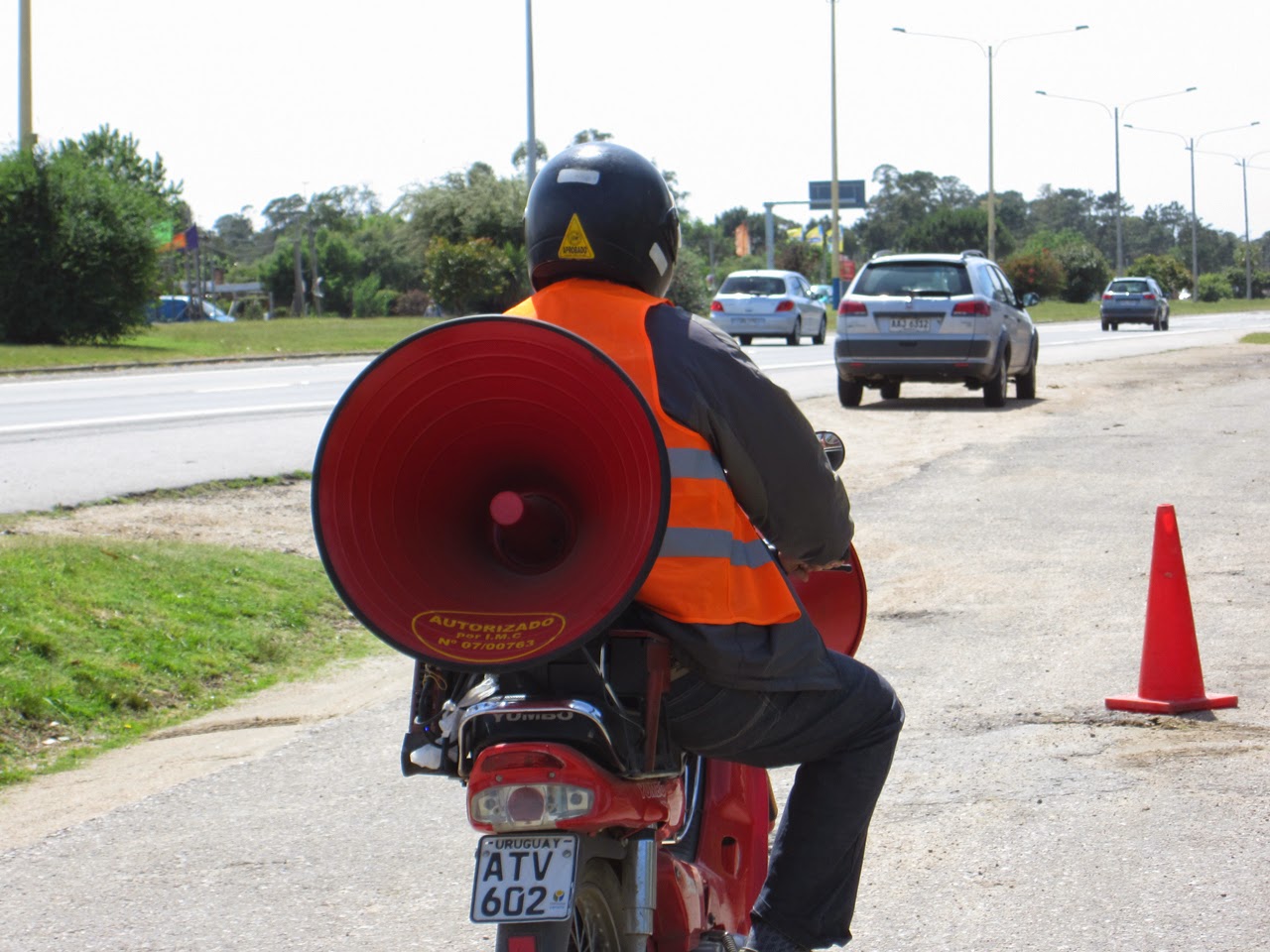 So that's what's happening in my town. Bye, Bye and remember to buy for now, so says the sound guy.